When I was young, I hated the attention I received on my birthday. I hated when people would sing me the “birthday song.” I would whimper. I would cry. And, if my weak SMA muscles would have allowed it, I would have slithered into a ball under a table at the first note of the famous tune.

Many people that know me now would be surprised by this. But, it’s very true. If, on my birthday, I could have burrowed into a hole in the ground like El Chapo evading the Federales, I would have done it.

Being a small kid with a visible disability, you always get looked at differently. Always. Even as a tiny child, you sense the eyes that follow your every move. The assessing. The wondering.

The what is wrong with that little girl? gaze that becomes so familiar. While it’s not a scary experience, it is an annoying one.

If you’re wondering what that look is actually like, here’s how I would describe it. You know those ASPCA commercials with that mournful Sarah MacLachlan song? The ones with her singing “Angel” as they show a montage of sick and undersized puppies that will die if you don’t donate $15 a month? You know that sad (nearly tearful) look that your face gets when you see that commercial?

That’s the face I’m talking about.

So, yeah… pull it together, dude.

Anyway… when you’re already ‘different’… and used to being recognized by many as ‘different,’ you don’t want any more attention than absolutely necessary. So, your birthday is yet another extra spotlight that shines upon you each October.

I felt this way for many years. I didn’t want the additional fuss, or the attention, that came with that day. I had enough of it already.

But, as I approached my 30th birthday, a birthday that many doctors had predicted that I may never reach, I began to feel very differently about it. It evolved in my mind. It felt like a milestone. An achievement. A mark of a battle that I was winning.

And, suddenly, celebrating my birthday became something that I wanted to do. It was something that I didn’t want to tuck into a drawer and pretend didn’t exist. I wouldn’t be like Rudolph Giuliani ignoring a Congressional subpoena.

I would face it. And enjoy it.

So, now, here I am, years later, on my birthday, proud to be alive and proud to be a part of this world. It’s been a lot of hard work getting here (and I’ve had a lot of help along the way)— but, I did it.

Happy Birthday to me.

I love everything about the holidays. The music. The food. The carbs. The festive spirit that makes even the dumbest Hallmark movie seem quaint and charming. While I eschew The Hallmark Channel for the other 11 months of the year, for these few weeks, I tolerate the weak plot lines, terrible acting, and the tons of synthetic snow they import from China. I suspend my cynicism and convince myself that this stuff is A-OK— you know, just like Matt Lauer did with his overactive penis.

Anyway, while this season heralds many wonderful things (the extended holiday selection at Starbucks being one of my particular favorites), not everything about this time of year is so great. Yes, I’m talking about all the cold & flu viral cooties that float around faster than Hallmark’s plastic snowflakes. For the average person, this is only a minor annoyance. Perhaps some sniffles here and there, and odd sick day from work. Nothing that Tylenol Cold and a shot of whiskey can’t handle.

But, for someone with spinal muscular atrophy, like me, a minor cold can turn into fucking Armageddon. Like the kind with Bruce Willis and that damn asteroid. Or the kind that wipes out all the dinosaurs on Earth—except for Barney… and Larry King.

So, to call me a germaphobe would be a vast understatement. It would be like calling Einstein merely ‘clever’ or saying that Donald Trump just ‘somewhat likes’ using hairspray.

I am a full-fledged germ freak. If I hear someone cough or sneeze, my ears suddenly morph into the radar of a Navy submarine. I quickly determine the distance between me and the sick person, and if I need to undertake any evasive maneuvers like Sean Connery in The Hunt for Red October. I will burrow into the ocean floor if need be. Don’t think I won’t.

If they’ve done something especially stupid, like cough directly into their own hand (instead of the crook of their elbow), I’ll glare at them maliciously while I catalogue every surface that they touch with their virus-ridden hand.

Yes, I really am that bad.

And, yes, it really is stupid to cough or sneeze into your own hand. You should always cover your face with your arm, instead. Less chance of spreading the virus to others.

Anyway, given the respiratory weakness of those with SMA, it is very difficult for us to keep our lungs clear. It is harder for us to cough. Harder for us to blow our nose. So, the drainage that might only be an annoyance to you, can become dangerous to a person like me. It can settle in our chest and potentially cause serious issues.

If I do get sick, I have to be very diligent. I vigorously use my respiratory devices (BiPAP, nebulizer, and CoughAssist) to prevent any complications. Under the best of circumstances, it can take me at least 10 days to 2 weeks to get over a mild cold. More serious illnesses can knock me out for even longer.

As happy and joyful as the holiday season is for me, it can be difficult, too. To the average person, an invite to a holiday cocktail party is immediately accepted. After all, who doesn’t like eggnog and a free selection of crackers and salami?

But, for me, deciding to attend the party would be a gamble. Like playing Russian Roulette or marrying a Kennedy. As much as I love eggnog (which, I do!), I must weigh that against the fact that at least one or two dipshits will probably attend the party even though they are sick and should stay home. Do I want to risk that they won’t sneeze near the salami? Do they know how to properly wash their hands?? What if they actually try to hug me???

This kind of analysis runs through my head with every holiday invite that I receive. Before accepting anything, I quickly consult my calendar to make sure I have nothing important to do for the following two weeks after the event on the off-chance that some fuckhead gets me sick.

You can imagine why it might be easier for me to sit at home this time of year and watch badly-written Hallmark movies, instead. Fake snowstorms are far more palatable than hacking up part of a lung.

Nonetheless, it also isn’t healthy for a person to hide away in their house like the Unabomber. So, I try to venture out from time to time… armed with plenty of Purell, of course.

But, if I turn down an invite to your holiday event, please don’t take it personally. This doesn’t mean that I don’t like you, or that I hate salami… or eggnog. It just might mean that I’m worried your other guests might be carriers of the bubonic plague or some other horrible disease.

So, yeah… nothing personal.

Happy Holidays to you all! 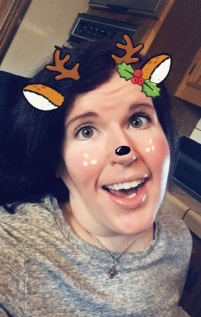 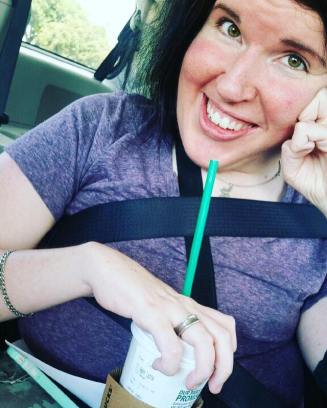