Ugh. As I sit here typing this, the thermometer is registering 95°F. It’s barely May and only 4 days ago I still had flannel sheets on my bed. And now I’m sweating and my jeans are sticking to my ass. Why couldn’t the summer heat arrive gently? Like the slow bloom of a flower… or water dribbling down a clogged drain. Why, instead, does it have to be so blunt and nasty? Like a bull, or Steve Bannon, in a china shop?

I HATE SUMMER! There, I said it. I don’t like the heat, the sun, or even the clothes. I much prefer the styles of the cooler months— my cabinet full of scarves is a testament to that. Plus, I can’t wear most summer clothes, like shorts, because I sunburn in mere minutes. This isn’t dramatic hyperbole. One time I got a sunburned in the time it took to go from the front doors of the shopping mall to my handicapped parking space— which was IN THE FRONT. Yes, I really am that white.

Now that we’re on the subject of summer attire, I also don’t understand flip-flops. They seem unnatural and highly dangerous. Why would you want to walk around on something so unstable? It’s a shoe that’s barely attached to your body. You are one thin plastic strap away from disaster. It’s a good thing that I can’t walk, because if I had to wear flip-flops in the summer, it wouldn’t end well for me. First I’d get a bad sunburn on the top of my foot, then I’d fall and break my nose on the nearest object, like a ficus plant. It would be like an episode of The Three Stooges, only less funny and less Jewish.

If all that weren’t enough, the slapping sound flip-flops make is also decidedly unappealing. Do you intentionally want to sound like a walrus flapping their hands together? Because, I hate to be the one to say it, but you really do sound like that.

Anyway, thankfully I have air conditioning to help me during these trying times. It’s currently humming in a soothing way that reminds me of those noise-canceling machines that they used to sell at Bed, Bath & Beyond next to the display of soda-making kits that NO one ever buys. The same ones that have been on sale since 2005. If you are thinking of buying one, you might want to reconsider; I’m sure those flavored syrup pods expired back during the days when Bush Jr. lived in the White House.

Those were simpler times, though, weren’t they? We didn’t have a president with orange skin and hair… and Michael Jackson and Whitney Houston were still alive— so we could listen to their music without the sad pang of nostalgia. Those also were the days before the word taxi had been replaced by Uber. Before long the nerdy folks at Oxford will just drop that word from their dictionary entirely… and a hundred years from now little children won’t even know what a taxi is, let alone that it was yellow and usually driven by strange foreign men with accents— or Tony Danza. 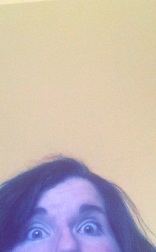 It’s only May, though, so I better get used to this heat. If you need me, you can find me sitting in front of the fan, grumbling… and not wearing flip-flops.